Amazon has recently launched a platform called virtual Amazon explore where you can travel to different places, and explore new things virtually. There will be a tour guide or experts who will present this virtual experience to you. In fact, you would feel like you are there in person. Currently, the beta version is only available in the US . Amazon is currently giving 50% off on all virtual experience tours. Let’s see the deals below.

1. Icons of Barcelona: visit historic Placa d’Espanya and see some of the city’s greatest buildings 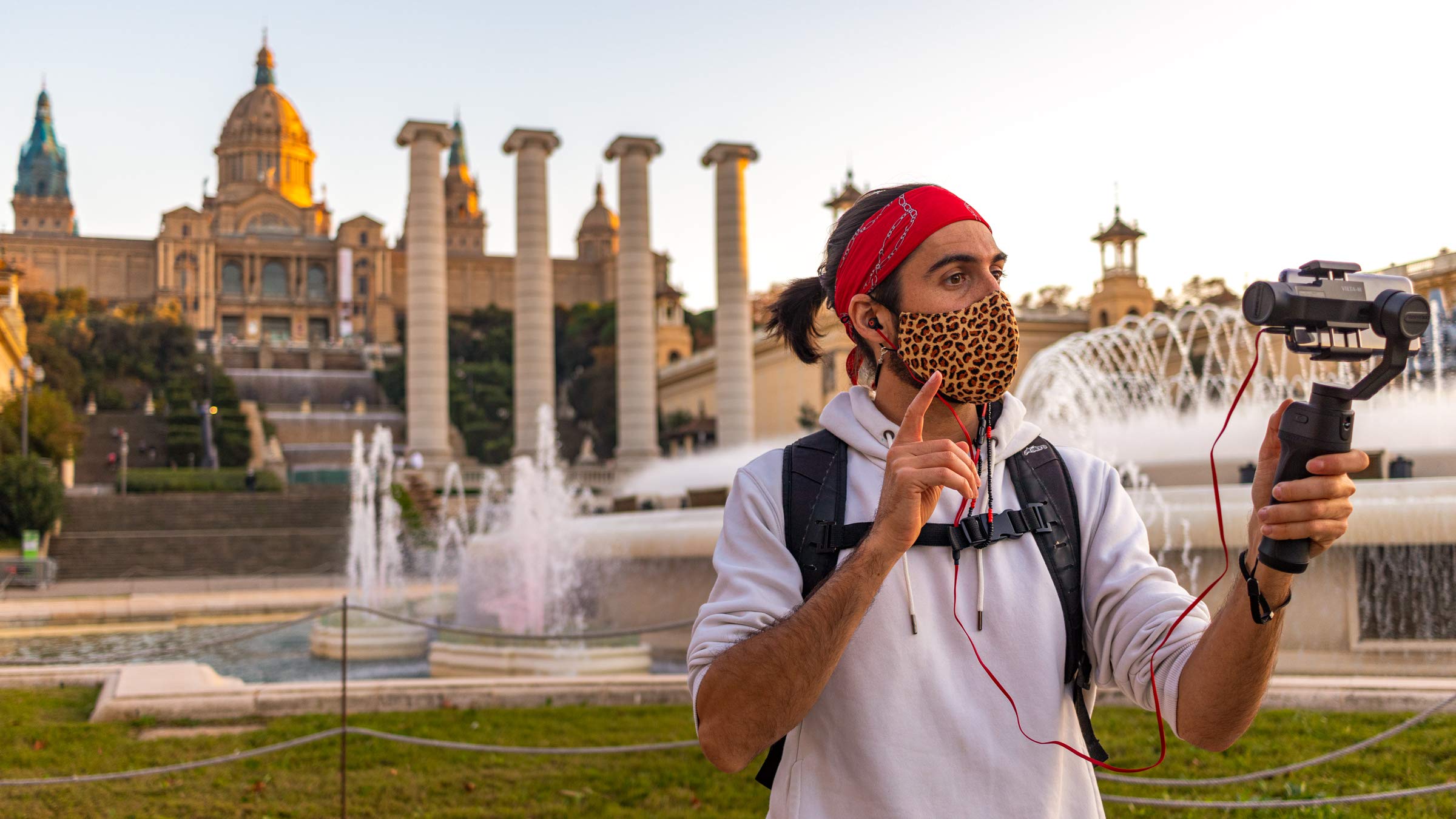 Learn the history of this famous area of Barcelona on a virtual walking tour. Placa d’Espanya (Plaza de Espana) is one of the city’s most important squares, with the majority of the buildings constructed for the International Exposition of 1929. The exposition brought great urban development to Barcelona and was responsible for numerous buildings and facilities that still stand today. Most of these buildings have become emblems of the city, such as the National Palace, the Venetian Towers, and the Magic Fountain. In addition to visiting these iconic sites, you’ll also learn about urban planner Ildefons Cerda, who created the city’s visionary Eixample district. This tour is presented by Intrepid Travel/Urban Adventures.

2. Shop & Stroll Through Sensoji in Tokyo’s Most Historic Neighborhood 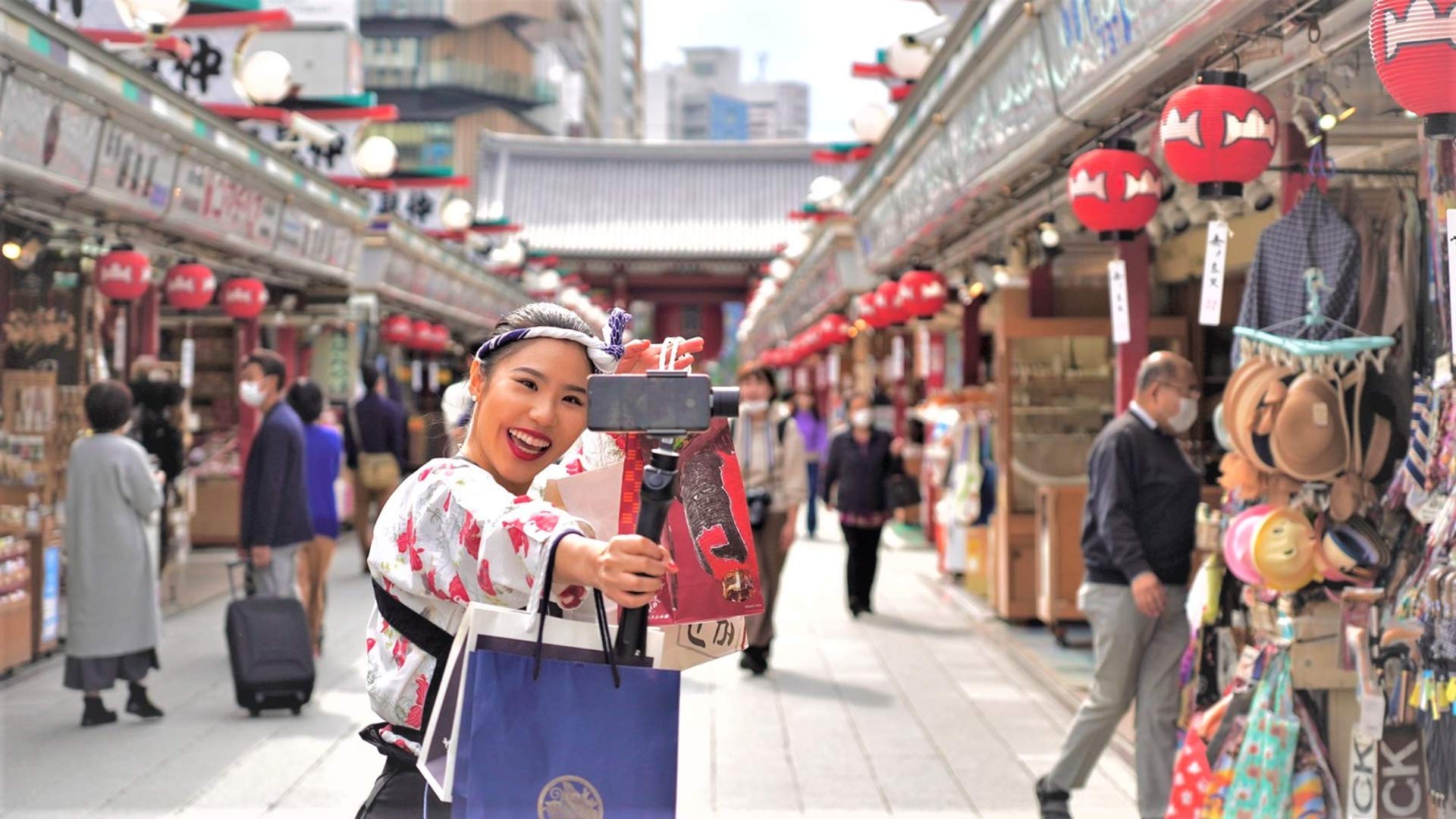 A personalized shopping and customized experience through the most historic neighborhood in Tokyo await you. Sensoji Temple, located at the heart of Asakusa, Tokyo, attracts over thirty million visitors each year. 1400 years of mystery lie here at Sensoji Temple, including the meaning of each temple sign, wooden buildings, a beautiful Japanese garden, and huge paper lanterns. Cherished by the people of Asakusa, its living traditions merge into modern life in Tokyo. Come join us and explore its magnificent grounds and rich history. This tour is presented by Ebisuya.

3. Legends and gossip: The Madrid Nobody Tells You About 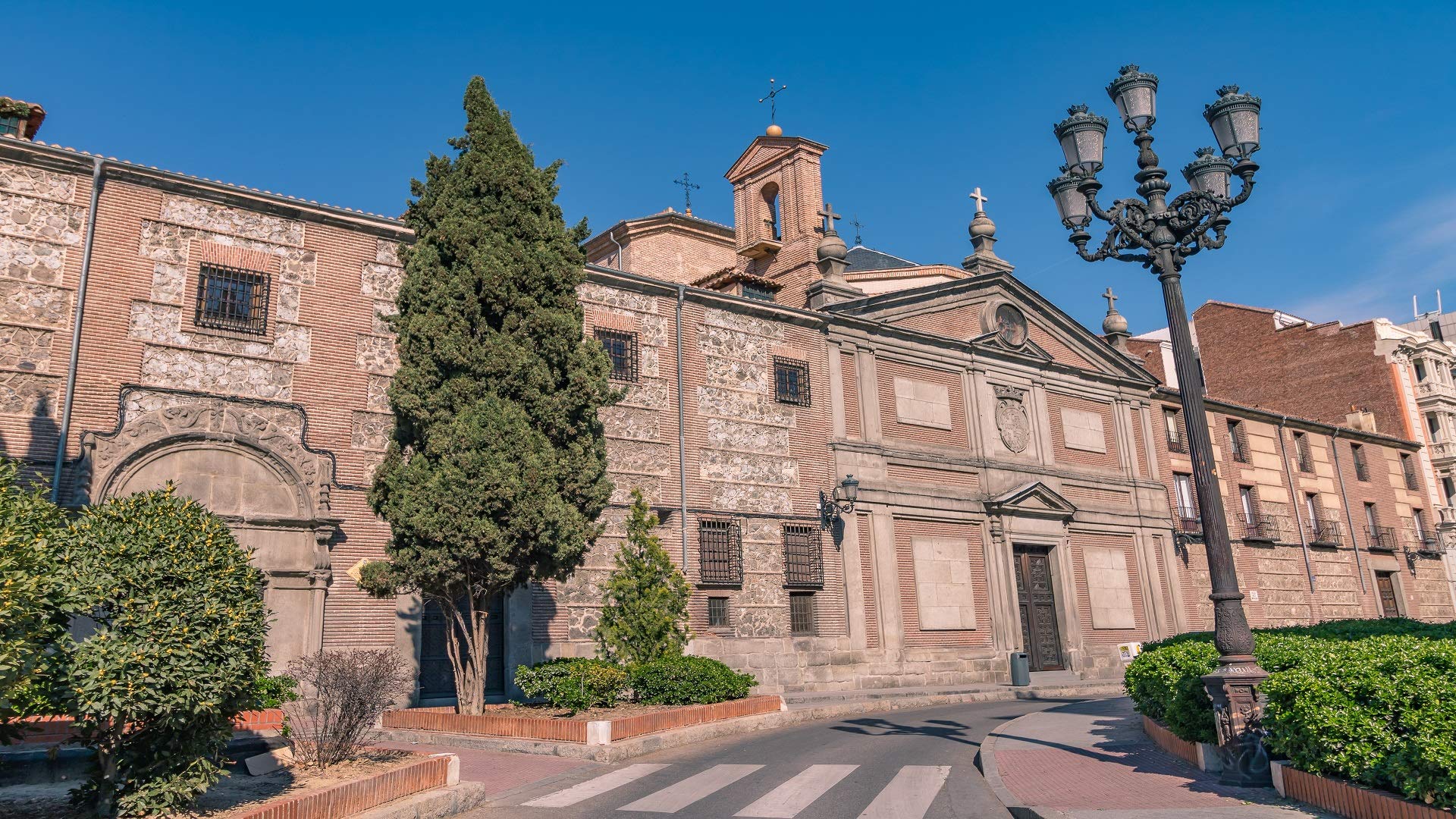 About This Virtual Tour
Learn the fascinating legends, stories, and gossip of the Madrid nobody tells you about. Our local guide will take you to some of the main locations in Spain’s beautiful capital and explain their often complicated and shocking history. You will hear about the Spanish Inquisition, the infamous period of religious persecution that lasted more than 350 years. We will take you to explore Calle del Arenal, Madrid’s busiest street. Your guide will show you the Santa Cruz Palace, or the Palace of the Holy Cross, a Baroque building in central Madrid that was converted into a jail in 1767. Learn how it became the location from which the inquisition verdicts of the Justice Institute of Spain were drawn and many things more. This tour is presented by Vexperio.

4. Travel through Tokyo on a Traditional Rickshaw 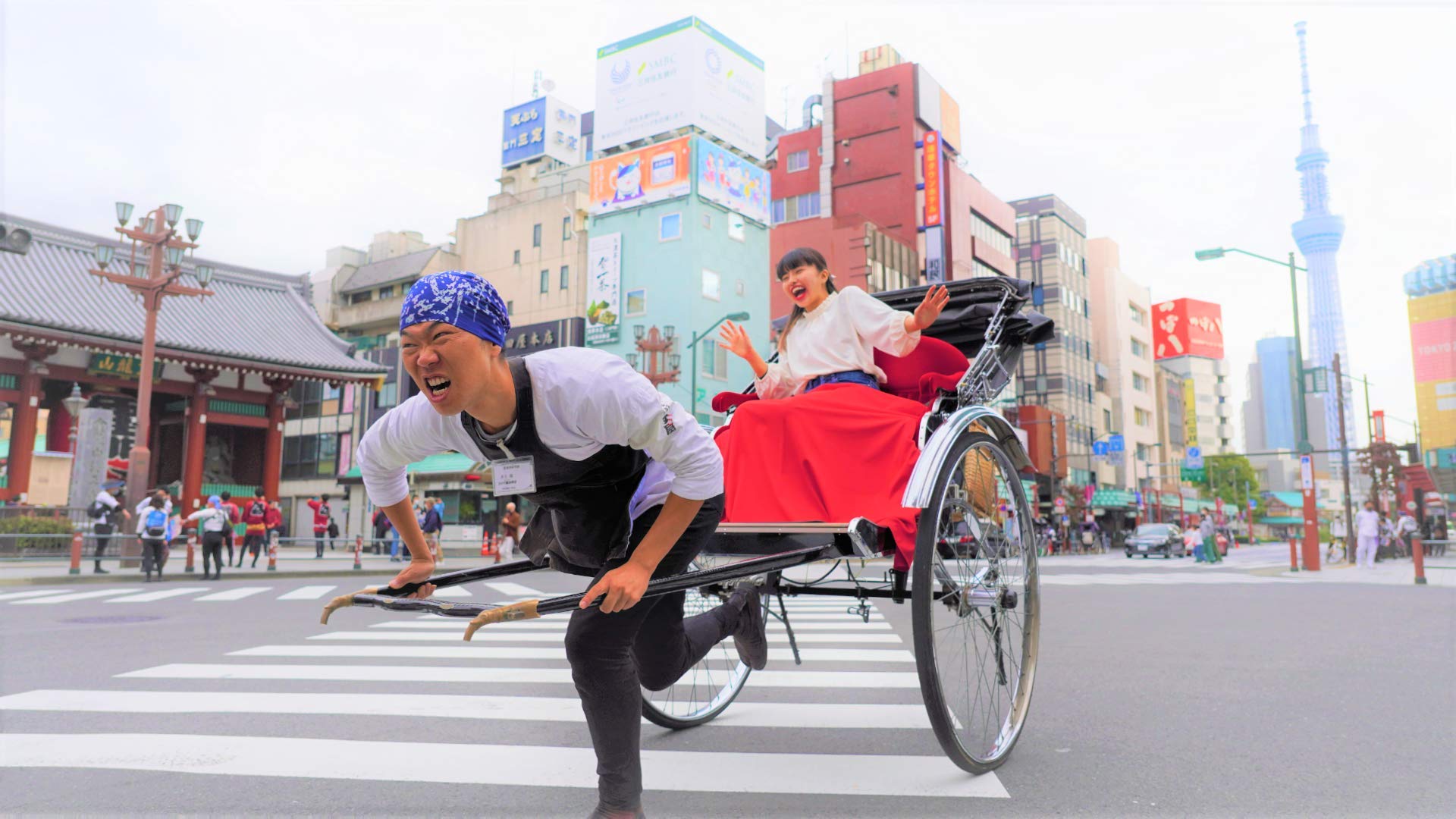 About This Virtual Tour
Taking a tour in a traditional Japanese rickshaw with Ebisuya is one of the most popular tourist activities in Japan. Unlike taxi or bus tours, rickshaw tours take you into tucked-away corners, revealing hidden gems of the town as you explore like a local. Your guide is a professional rickshaw puller, dressed in a traditional Japanese uniform, sweeping you off your feet to an exciting adventure filled with culture, history, and all the beautiful scenery of the town. It’s time to put that guidebook down and book a guide instead! When you can enjoy a serene and peaceful atmosphere in the bustling town of Asakusa, Tokyo. Your driver will ensure beautiful photographs, as if you were right there in person. Presented by Ebisuya. 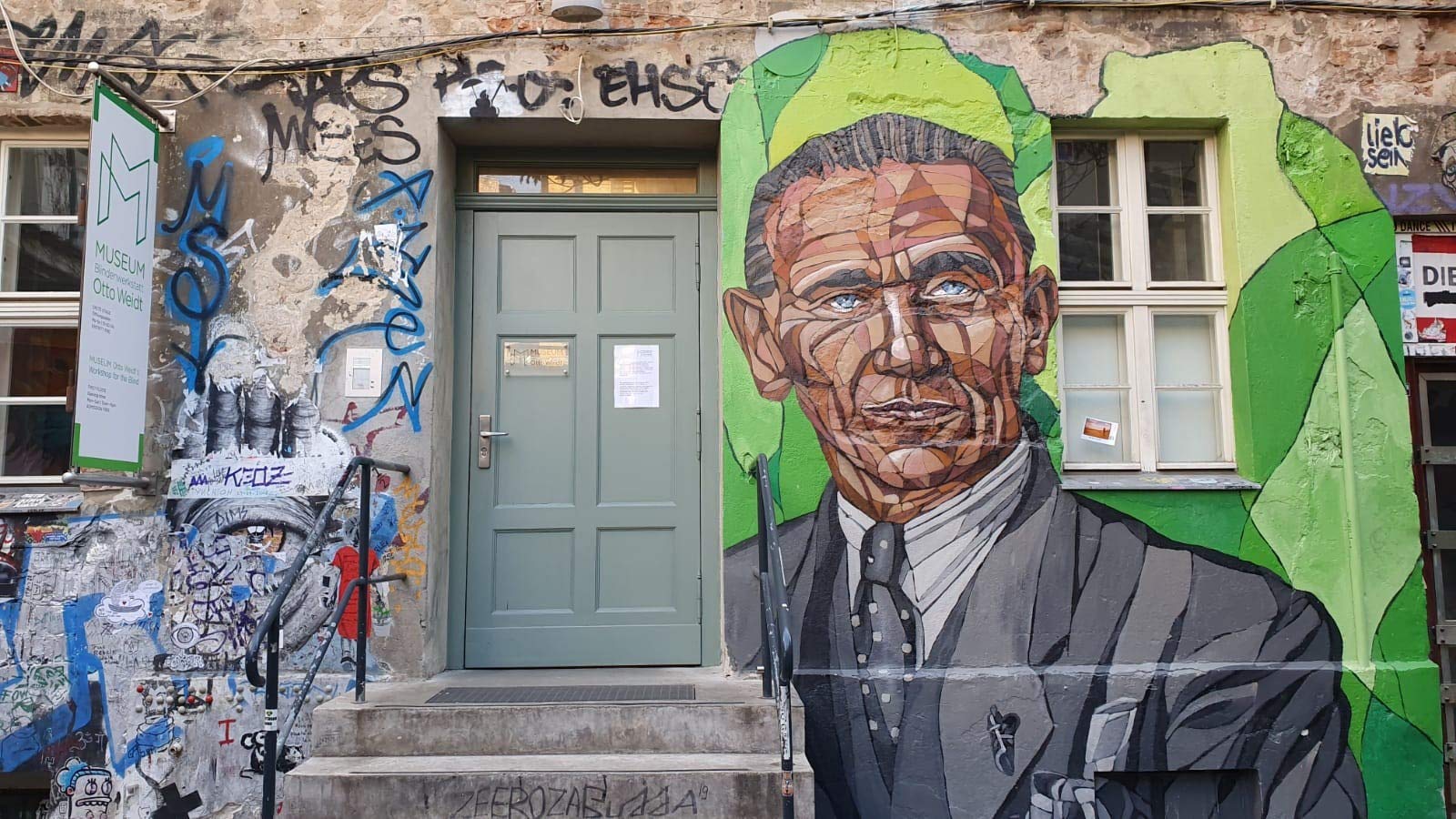 Stroll the streets of Berlin’s old Jewish quarter with an experienced local host and delve into the complicated history of a community that lived in Berlin for centuries until the Nazi regime. On your walk, you’ll learn interesting facts about the numerous synagogues in the city as well as the site of a hospital that faked death certificates for Jewish patients to smuggle them out of Berlin at the same time it was treating Joseph Goebbels, the Nazi Minister of Propaganda. Hear stories of heartbreak and heroism and see where they happened in this fascinating look at the past. Presented by Vexperio. 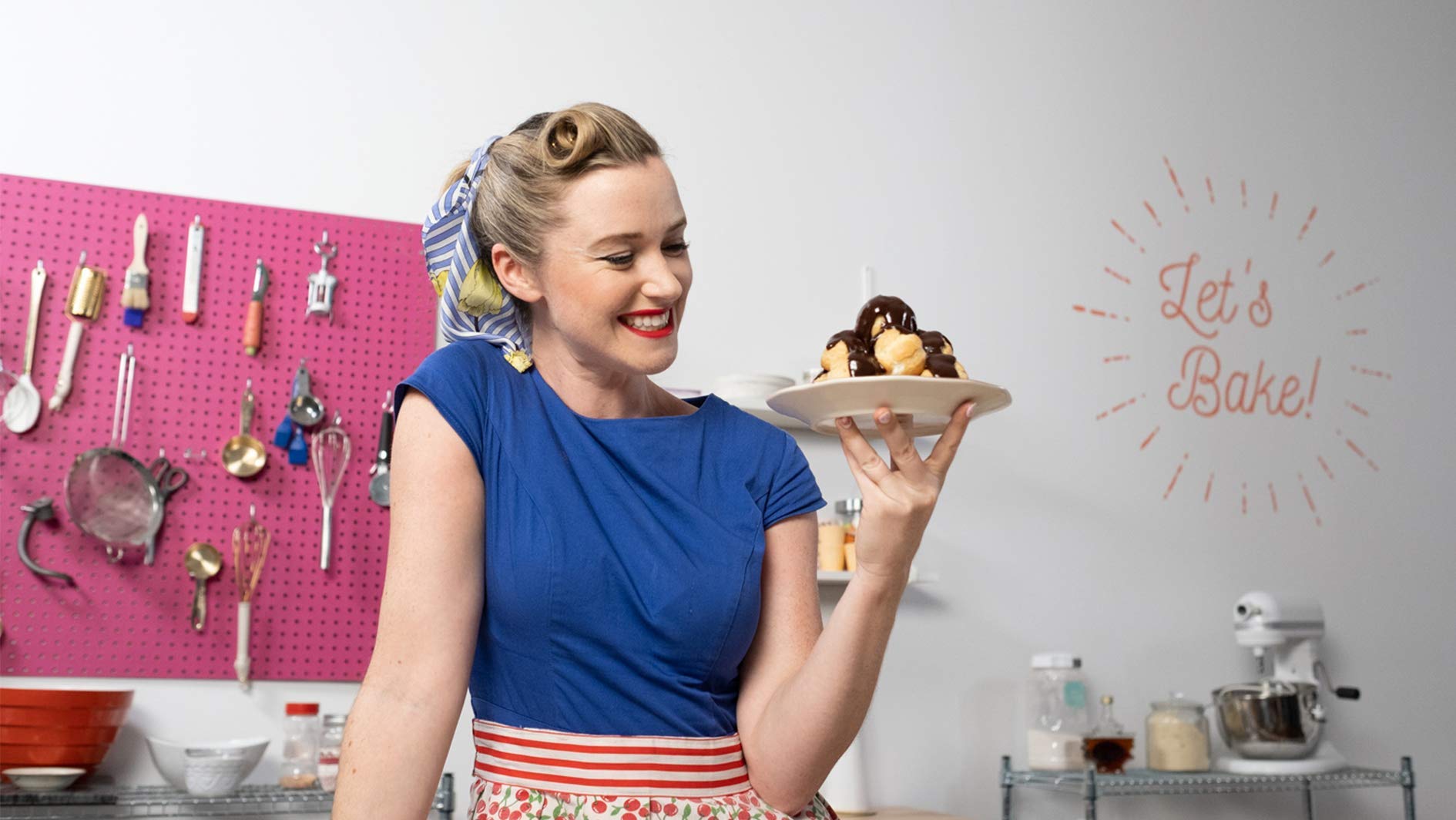 Learn to make profiteroles and eclairs with your new baking best friends at The Lincoln Apartment Bakery! Before your lesson, you’ll receive a list of ingredients to prepare your “mise en place” (that’s French for “cooking setup”) so you can be ready to bake along with your fun-loving host. Learn some useful pastry theory, before diving in to make these impressive little puffs. Presented by The Lincoln Apartment Bakery.

Get this virtual experience on Amazon. 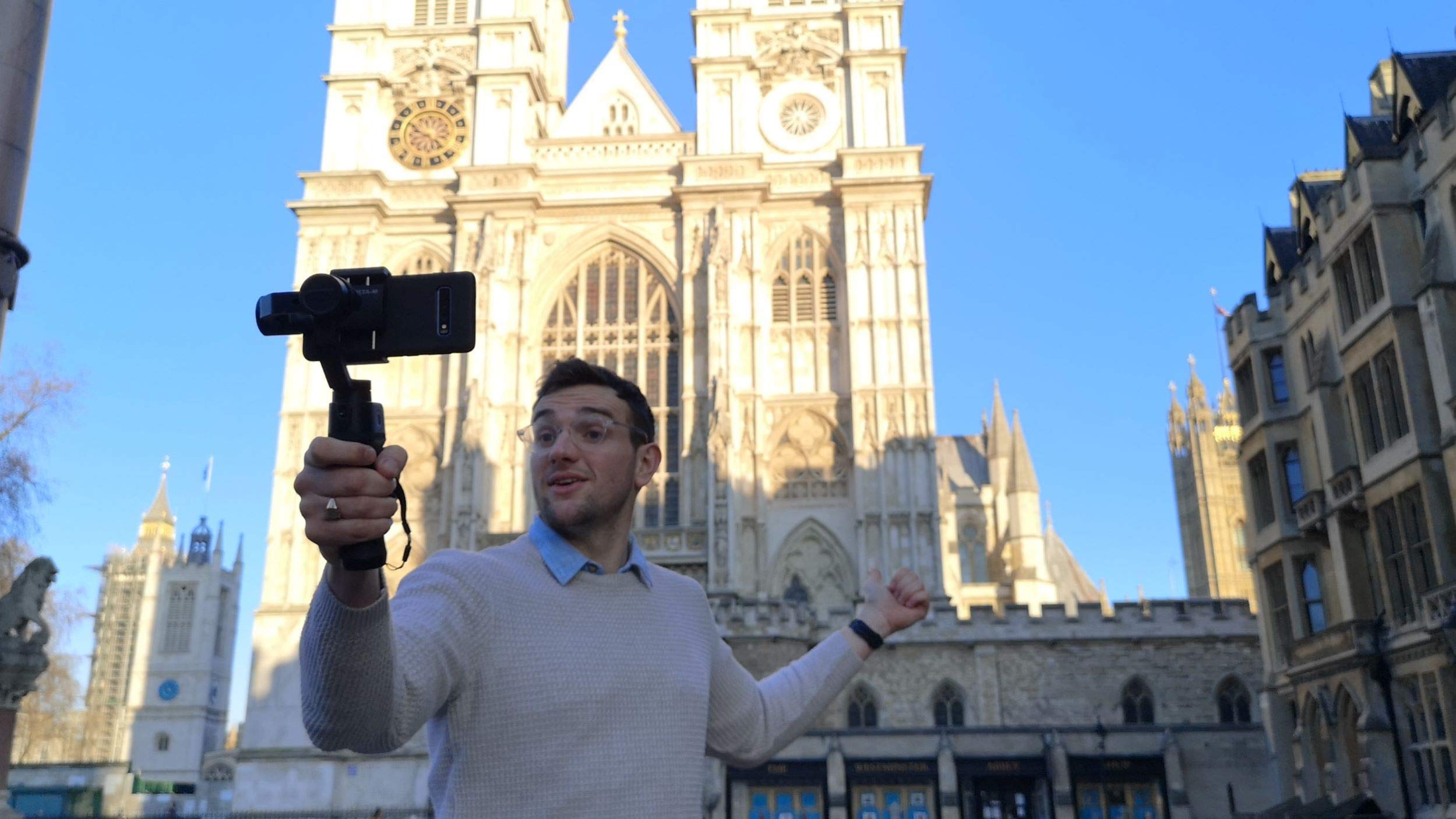 Adorned with the oldest and most beautiful buildings, the City of Westminster is London’s historical heartland. Check the time on Big Ben, named after the largest of its five bells. You’ll see the magnificent Westminster Abbey, founded by Kind Edward the Confessor, buried here in 1066. All the kings and queens have been coronated here since 1308, and all on the same wooden throne. This is the very same throne that holds the Scottish ‘Stone of Scone.’ Many of Britain’s great and glorious characters are buried here, some against their own will. Then, there is the grand Westminster Hall sandwiched between the upper and lower houses of parliament. Learn how every new speaker gets dragged into chamber, where the verb ‘lobbying’ comes from and why there are red lines between the aisles there. Presented to you by Insider Tour.

Explore this virtual experience on Amazon. 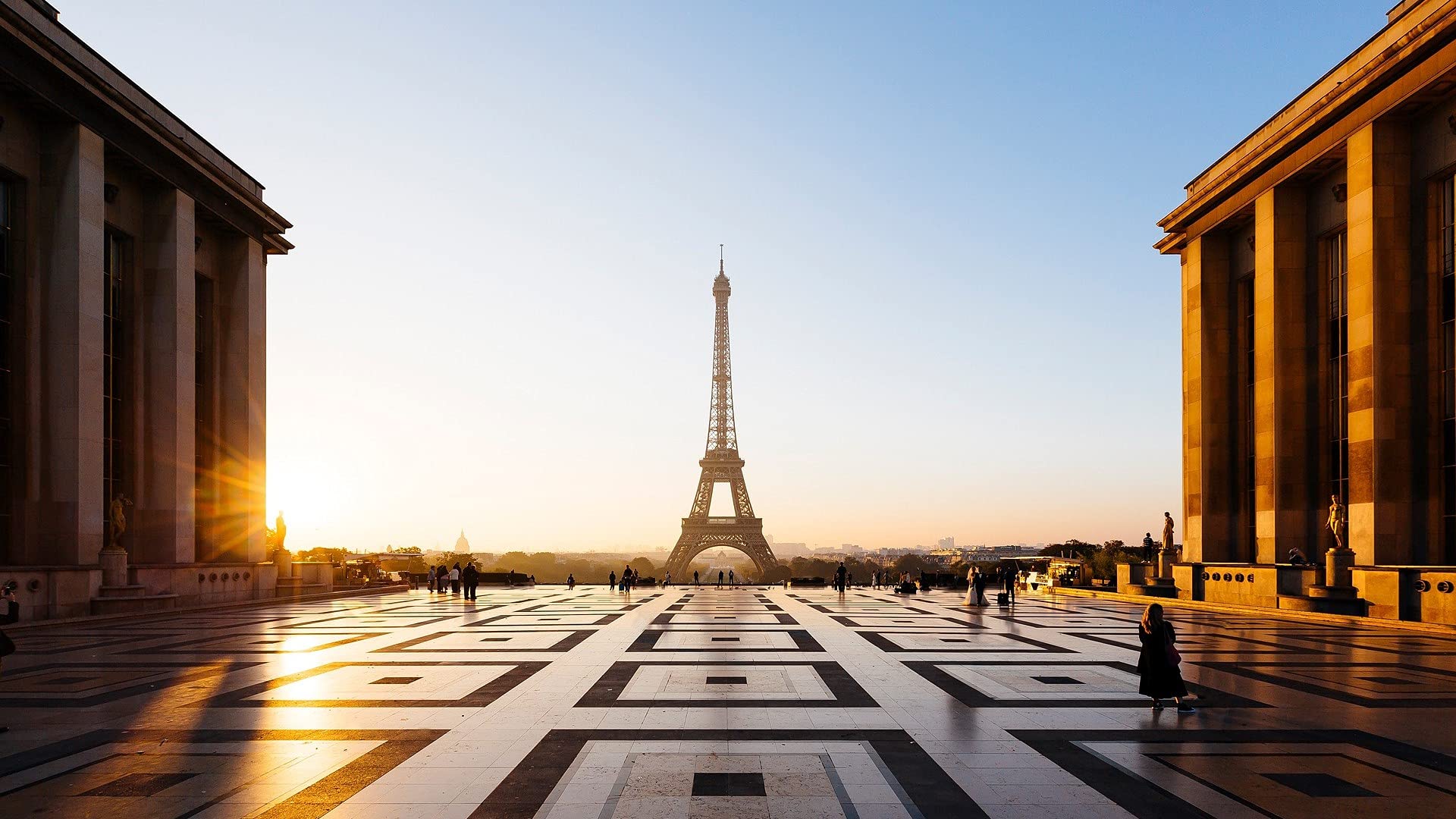 Take a stroll around the Eiffel Tower and feel the love! The most iconic and emblematic monument of Paris, the Eiffel Tower holds the key to everybody’s heart and yet, she remains mysterious. The Iron Lady has many secrets… Do you know who is her father? How many diamonds she has on her sparkling night dress? Do you know about her…..marriage? Follow your guide on a walk around the this monument to learn about these well-kept secrets. From the Trocadero, we will walk down to get up close and marvel at all the details of her magnificent Eiffel-brown skin.

Explore this virtual experience on Amazon. 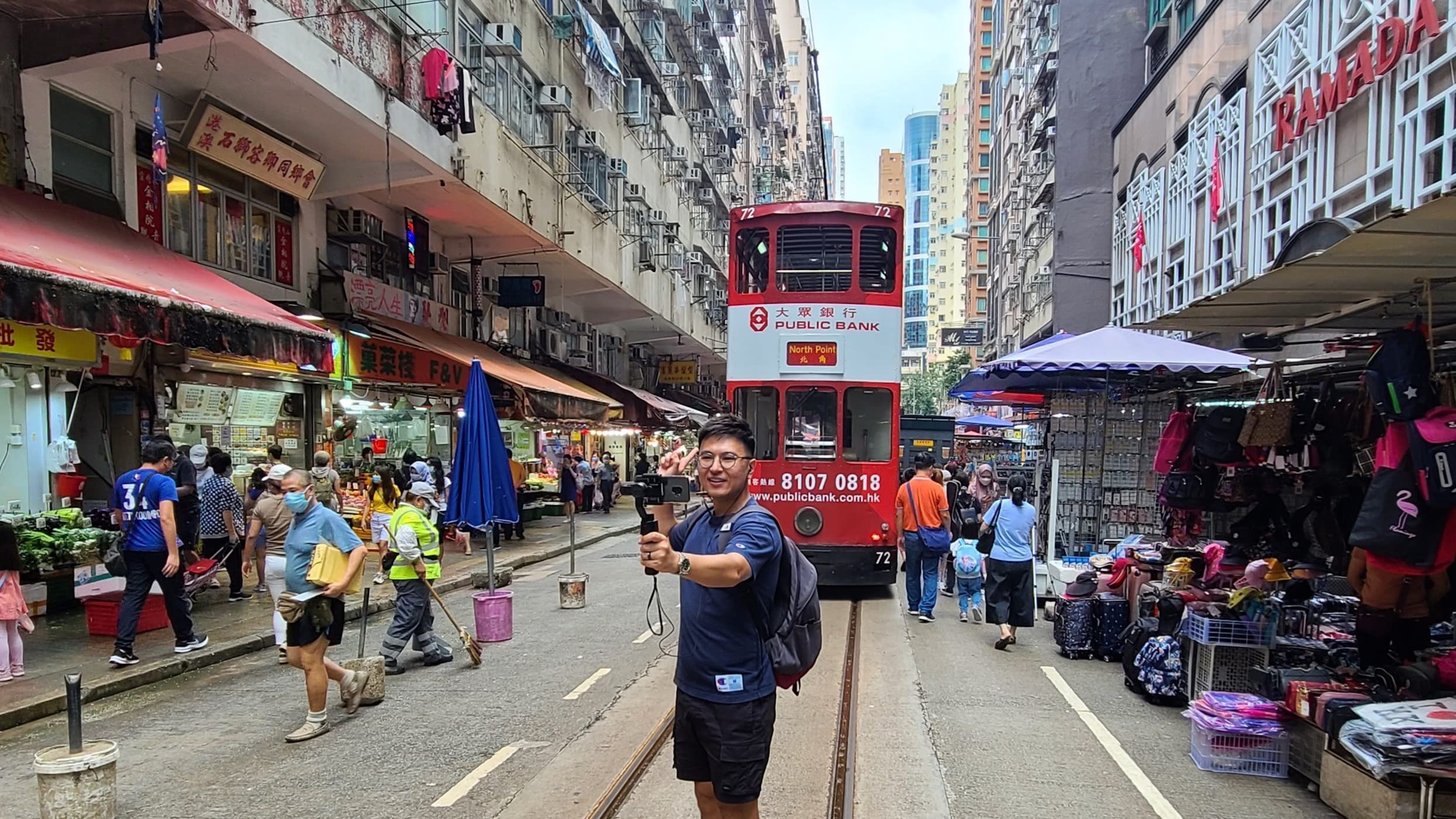 Thousands of Shanghainese people moved to Hong Kong in 1950s and stayed in the area that we will visit in this experience, nicknamed “Little Shanghai.” Explore one of the famous Hong Kong Cantonese opera theatres to know more about this intangible culture heritage. Discover a very unique, Instagram-worthy scene at the wet market, where the mixture of vehicles, trams, bicycles, and people sharing a narrow street summarize daily life in Hong Kong. Finally, walk a small area along the promenade and see the mixture of modern and history within a few steps. Presented to you by Hidden Gems Travel.

10. Tequila and Mezcal: Master the art of the cocktail mixing from the comfort of your home 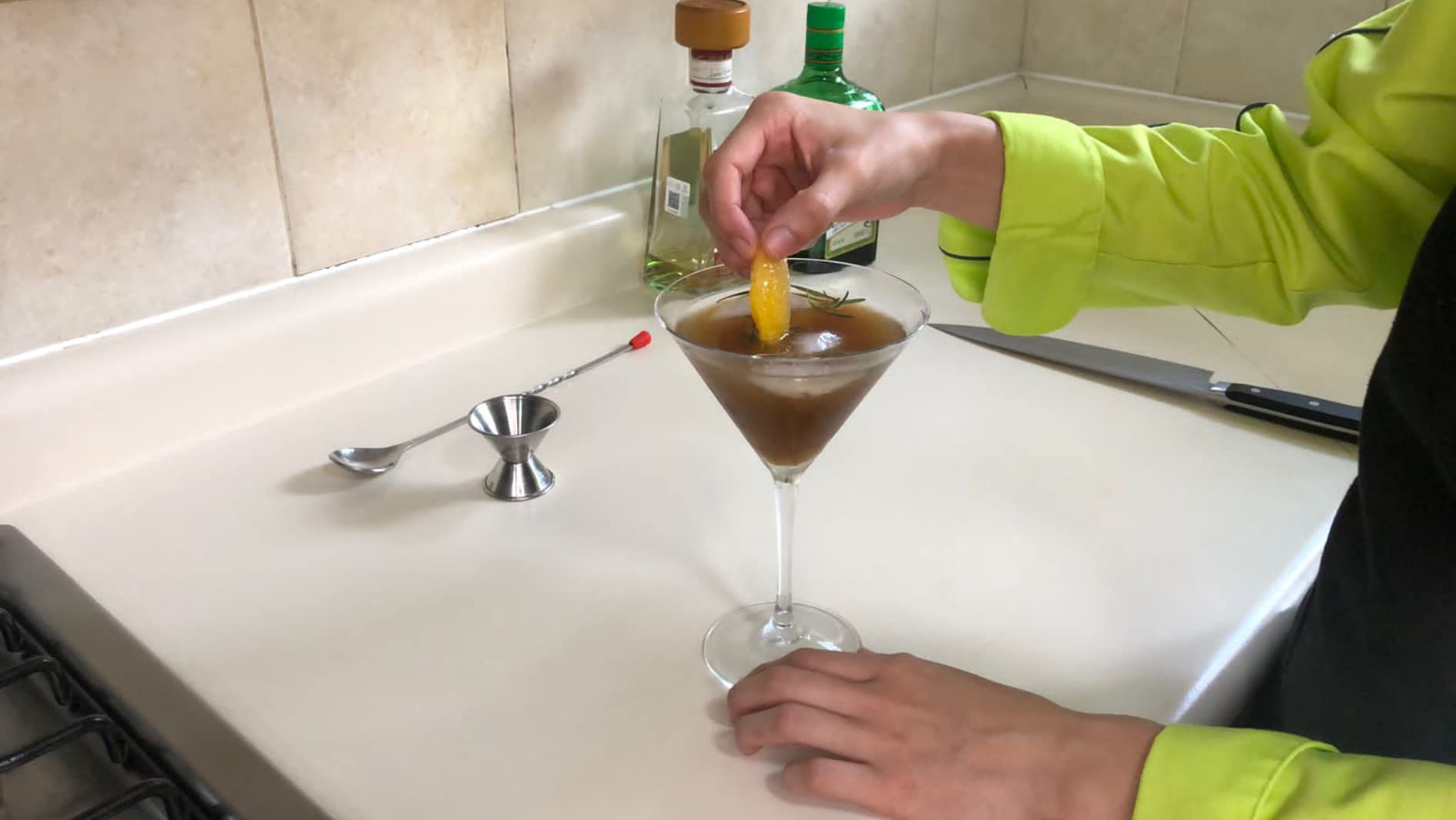 About This Virtual Experience

Master the art of the cocktail mixing from the comfort of your home with this virtual experience. Learn how to make delicious Mexican cocktails with tequila or mezcal your friends and family will love. This is a great experience for enthusiasts looking for something new and easy to prepare. Your host will share tips, tricks, and home-bartending hacks with you. If you are looking for something fun and casual and you love tequila and mezcal this class is the right one for you! Presented to you by Mexican Food Tours.

Explore this food tour on Amazon. 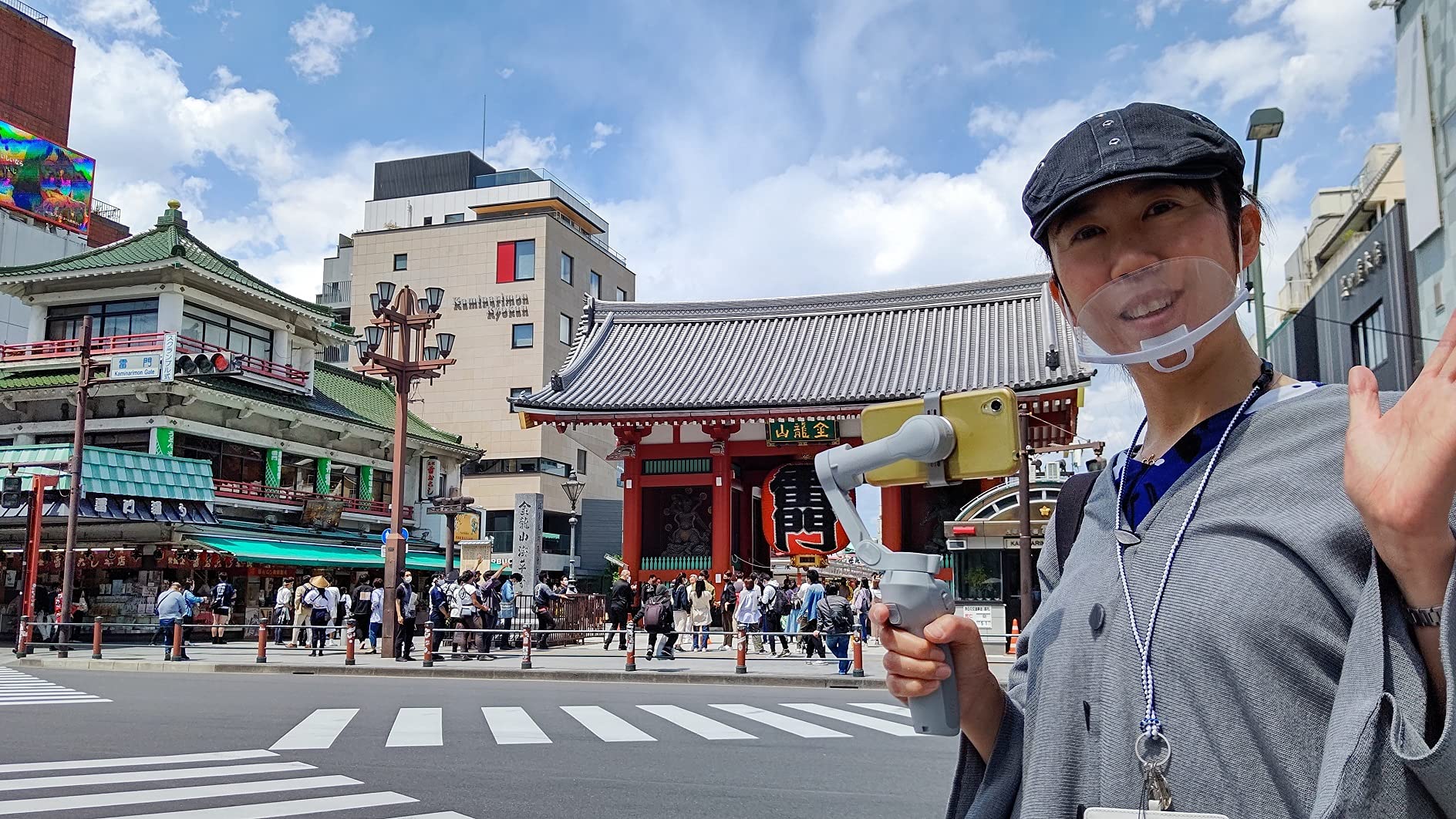 The guide will show you around the heart of Asakusa, including the oldest temple in Tokyo, Sensoji Temple. In this livestreaming virtual tour, you will see some of Tokyo’s top attractions, hear the stories behind them, and learn about local history, lifestyles, and Japanese customs. It’s good to know about those things from a professional guide before you visit Japan. We will also see a fun shopping street, the Nakamise shopping arcade, on the way to the temple and shrine.

12. Caesar’s Rome: the rise and fall of the world’s greatest leader 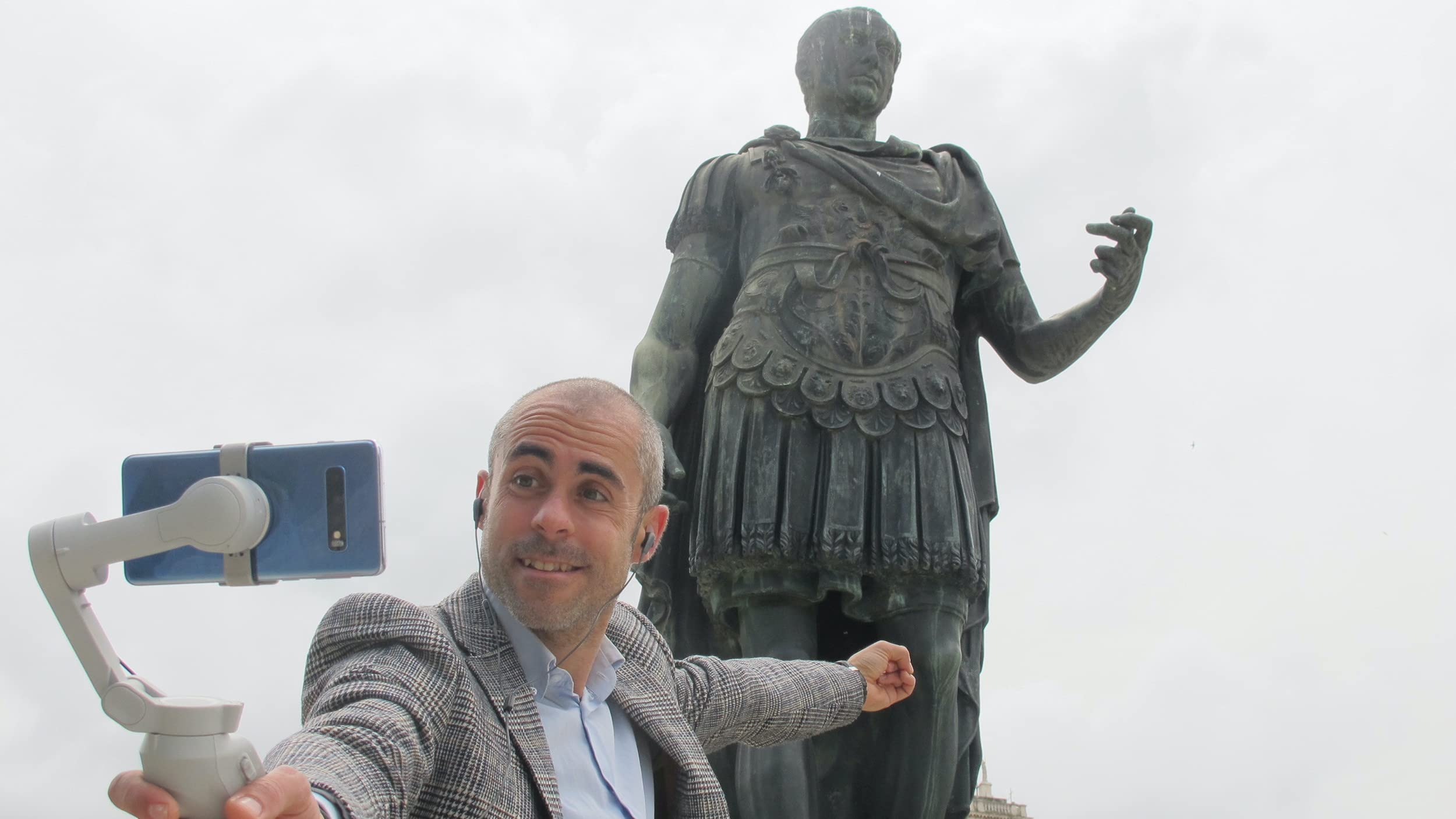 Rome gave Caesar to the world, and we bring Caesar’s Rome to you. See the district where he was born into an aristocratic family and was groomed to rule. Learn how he earned the adoration of the Republic, always leading from the front. See the magnificent Roman Forum where he held sway, appeasing the masses, parading his prisoners, cultivating culture, games, and the art of politics. See the ruins of his temple where he lived as Pontus Maximus. We show you the Roman Senate where Caesar decided the fate of an empire under his dominion. 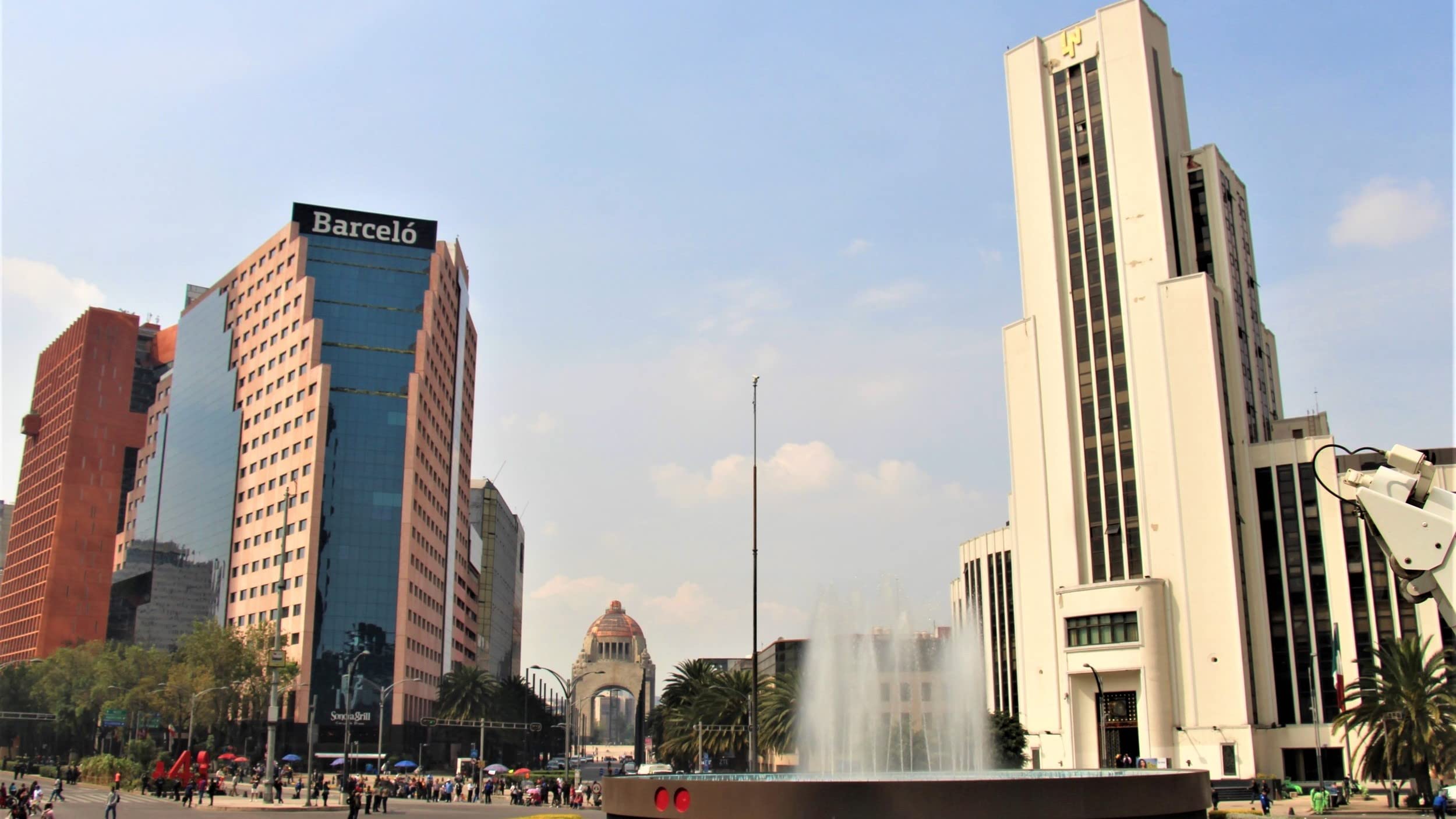 Your local guide will stroll along Paseo de la Reforma to show you the sights while explaining the politics of modern Mexico. Come to understand why the 20th century in Mexico was full of complex contradictions, with periods of development and stability and at the same time dramatic ups and downs. Since the late 19th century, Paseo de la Reforma has been famous for being one of the largest roads in the city. See how its buildings and skyscrapers tell us unique stories ready to be discovered. Along the way, ask your expert host any questions you have about Mexico’s history or life today.

Explore This Virtual Tour on Amazon

14. Family storytime featuring the books of one of Argentina’s most renowned author-illustrator 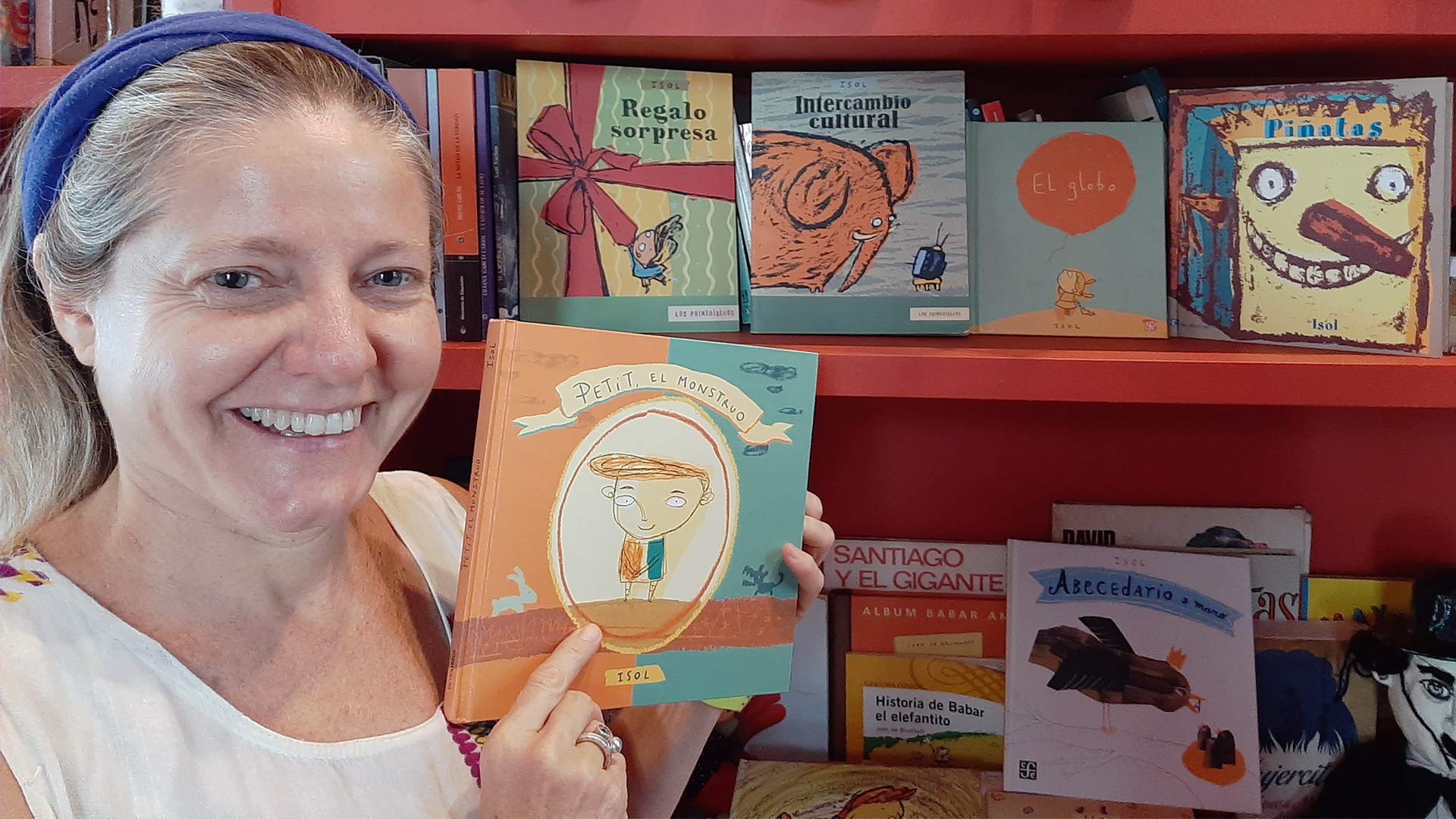 About This Virtual Session

It  propose a gathering around a literary work and the conversation that the story itself will generate. This reading Experience a virtual storytelling experience perfect for the whole family. Follow along with your host and hear stories from Argentine writer, Isol. Take in illustrations as your host reads aloud. At the end, discuss your favorite parts of the story together!

Get this virtual session on Amazon